Can Fenugreek Cause Miscarriage?

Can Fenugreek Cause Miscarriage?

Can fenugreek cause miscarriage? This is what you are going to find out in this post.

Indeed, I keep receiving every month many emails from worried women who have taken fenugreek while pregnant; they are mostly afraid it’s going to cause them a miscarriage!

Here are the subjects we are going to discuss here:

This is the fenugreek brand I always recommend to women, you should give it a try. 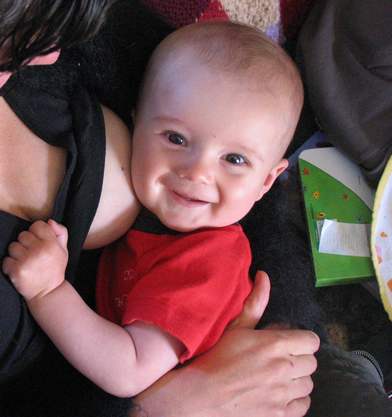 Fenugreek consumption has been linked to birth defects and miscarriages.

Fenugreek is widely used for increasing breast milk production in nursing mothers. It’s one of the most used galactogogue herbs in the world, and some females are even taking it months before giving birth, they are preparing for the arrival of their newborn.

However, is fenugreek safe during pregnancy and more importantly, are all the rumors about fenugreek causing miscarriages founded?

The truth is that fenugreek seeds should be avoided during pregnancy.

It’s because fenugreek contains hormones that resemble the hormones produced by the female body.

They are called phytoestrogens and are the main reasons for increasing breast milk production in nursing women.

Fenugreek is what we call a teratogenic plant; in other words, it contains toxins that can cross the placenta and exert negative effects on the developing fetus.

And according to the following research study: http://ijpsr.com/bft-article/an-overview-of-plants-causing-teratogenicity-fenugreek-trigonella-foenum-graecum/?view=fulltext :

“Some plants, taken in pregnancy, cause toxicity to the developing foetus … neurotoxicity, cardiovascular toxicity, and cause diarrhea, cramps, dermatitis, allergic reactions …”

Teratogenic plants, including fenugreek seeds and leaves, can be very dangerous for the fetus since they can cause birth defects the author of the study goes on to note:

“…cases of pronounced congenital malformations such as hydrocephalus, anencephaly and spina bifida were found among women who consumed fenugreek seeds during pregnancy…”

The problem doesn’t only lie with fenugreek’s plant hormones; they are completely safe for the female body; they are also extremely protective of breasts and uterine tissues.

The main problem with these hormones is that they are going to flood the body and mimic in their effects the natural female hormones already produced in sufficient amounts. We all know that during pregnancy, the female body relies on hormonal balance to keep the pregnancy in good shape.

And when I tell you that fenugreek should be avoided during pregnancy, I mean every kind of fenugreek, leaves, supplements, and even curry powder.

So, no large amounts of curry powder, a pinch or two are probably not dangerous, but more than that can be very risky.

In many Middle Eastern countries, in traditional medicine, women in their early pregnancies are forbidden from taking fenugreek, in all its forms.

This is what I have been told for a very long time since my grandmother is Middle Eastern when I announced that I was pregnant, the first thing she recommended to me was to stay away from cinnamon and fenugreek.

Unfortunately, I know a female friend who wanted to increase her breast size and kept consuming large amounts of ground fenugreek seeds without knowing that she was already pregnant; well, in her first trimester, she had a miscarriage!

Yes, this is not scientific proof. Still, it made me extremely aware of fenugreek’s dangers during pregnancy, especially during the first trimester since the fetus is just beginning to take shape, and the female hormones can be very unstable.

As I have already told you, fenugreek contains high levels of phytoestrogens. During pregnancy, especially early pregnancy, the female body tries to balance hormone levels to suits the development of the fetus.

Many doctors believe that when pregnant women start taking huge amounts of fenugreek, its hormones are going to disturb the hormonal balance of the body and may cause troubles and even miscarriages! 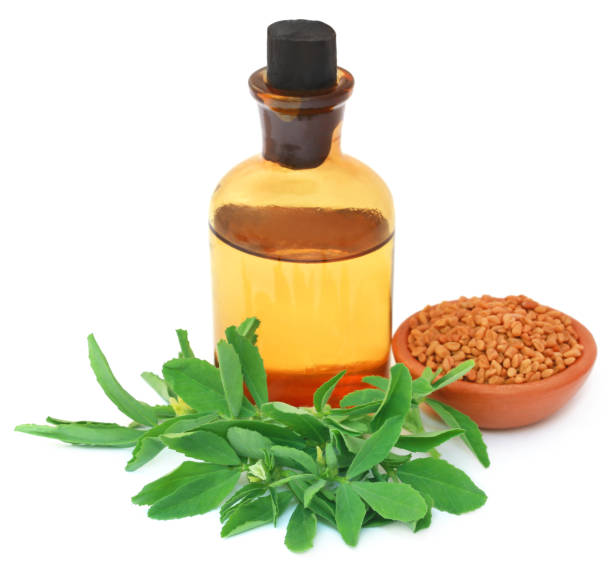 All fenugreek products should be avoided during pregnancy, including fenugreek leaves.

Fenugreek leaves may not seem harmful during pregnancy; after all, they are green leafy vegetables, and are extremely rich in different minerals and vitamins; however, the real danger comes from phytoestrogens in them.

Of course, they are consumed throughout the world, and many pregnant women take them daily; however, if you are pregnant, you have to keep yourself away from harm’s way, and the best thing you can do right now is to stay away from all fenugreek products and forms.

As I always tell my husband, better safe than sorry.

That’s what scares me the most when it comes to this herb.

Don’t get me wrong, when you are not pregnant, you can have as much as you want, stay away from large amounts, it won’t cause you a problem, but when pregnant, say no.

Yes, fenugreek may cause miscarriages, but only if consumed in high amounts.

I have heard of many women using fenugreek seeds for abortion; however, I tried to look for scientific studies to prove this; the only one I have found was the one I have mentioned a few sections ago.

According to L.M. Taloubi et al. in An Overview Of Plants Causing Teratogenicity: Fenugreek (Trigonella Foenum Graecum), it is stated the following:

“Fenugreek (Trigonella foenum graecum) is an old medicinal plant …Their benefits include stimulating the appetite and digestion, induce labor … “

It is stated clearly that consuming fenugreek seeds can induce labor; however, this is only in relation to the third trimester and the when a woman is due; however, it is nowhere stated that fenugreek can be used to stop an unwanted pregnancy.

How Much Fenugreek To Cause A Miscarriage

I have looked into various forums and internet articles about abortions and foods to consume to cause a miscarriage. I have to tell you that honestly, I didn’t find conclusive answers, however, from the many women I have spoken to about consuming fenugreek seeds during pregnancy, the ones who had a miscarriage, most have reported that consuming about two tablespoons a day of ground fenugreek seeds for fifteen days may have caused them a miscarriage.

And no, fenugreek seeds cannot be used to avoid a pregnancy.

Can a woman have soaked fenugreek seeds during pregnancy?

The answer is no when you are pregnant, you have to stay away from fenugreek water, even during the first trimester.

You have to understand that fenugreek is widely grown and consumed throughout the world, especially in India, the Middle East, and North Africa.

Pregnant women are consuming fenugreek daily in these countries without ever suffering from miscarriages. Still, the problem lies with the amount; for example, small amounts of fenugreek powder found in curry preparations are completely safe, however taking fenugreek supplements or massive amounts of fenugreek, like two tablespoons a day may be extremely dangerous.

As a rule of thumb, when pregnant, do not exceed one-quarter of a teaspoon of ground fenugreek seeds a day.

Better yet, do not have any fenugreek.

When I was pregnant, as I have told you before, my mother-in-law advised me to stay away from fenugreek and other spices such as cinnamon, fennel, nutmeg, and cloves.

In fact, in my family, all women believe that these spices are very dangerous to consume when pregnant, so I was ordered to avoid them, and my pregnancy went very well.

So, better safe than sorry, never consume fenugreek when pregnant, if you have to, like in curry preparations, then once a week or a month is more than enough, otherwise, stay away from it.

Another important fact for you to consider, fenugreek is also responsible for increasing oxytocin level in the bloodstream.

And let me remind you that this neurotransmitter is responsible for increasing the contractions of the uterus, which is very bad for pregnancy, especially during the first trimester since this can result in a miscarriage.

Although fenugreek seeds have been consumed for thousands of years by humans, you need to understand that when a woman is pregnant, she is going through some of the most critical times in her life.

Not because of the weakness of her fetus, but because her body is producing many different hormones which are essential to her well-being and that of her fetus as well.

And as shown throughout this post and also in many of my previous posts, fenugreek contains high amounts of phytoestrogens; well, most scientists agree that they are harmless to our health.

Still, as explained before, because pregnant women are going through a difficult time, I highly recommend that you do not consume fenugreek seeds or fenugreek leaves in large amounts during pregnancy as it can lead to many difficulties and problems later on.

Although I have said that you can consume some from time to time, I need to warn you that each woman is different, and sometimes, not knowing what to expect when eating something can be very dangerous.

so, stay away from consuming fenugreek seeds or leaves when pregnant as in some women, they can lead to a miscarriage.

Again, give this fenugreek brand a try, it’s the one I use daily.

Is It Safe To Take Fenugreek While Trying To Conceive?

Yes, taking fenugreek while trying to conceive is very beneficial since it increases progesterone levels, which are going to stimulate ovulation.

The Iraqi Academic Scientific Journal in 2011 notes positive effects on ovulation induction with the use of fenugreek; however, this study was only done on rats, but it seems very promising.

And in Tori Hudson’s book Women’s Encyclopedia of Natural Medicine , she recommends the use of fenugreek as a progesterone precursor to stimulate ovulation and to help women trying to conceive increase their chances for pregnancy.

Hello. My name's Sahar and I'll help you get natural and larger breasts. When I was a kid, I always dreamed of having nice breast, I never wished for anything D, but when I reached puberty, I was in shock, I had no chest and even worse, I couldn't make friends easily! I was very shy and no one seemed to like me! Anyhoo, fast forward, I increased my breast size through a lot of hard work and trial and errors and I'm going to teach you how fenugreek helped me do it.